Jedediah Bila is a well-known author and former host of ABC's venture The View. Furthermore, she is Emmy nominated host for the show. Additionally, she is a former contributor to FOX News and also a panelist for the shows like Red Eye and Outnumbered. Also, an author, from ABC's salary and bookselling, Jedediah Bila's net worth reaches approximately $1.2 million. She was born in Brooklyn, New York on January 29, 1979. Bila was active and interested towards writing. After attending the all-girls Catholic High School, she was highly disciplined and knew to write a fanatic term paper. Jedediah is the wife of a publisher, Jeremy Scher as they got married on February 17, 2018. The duo has a similar kind of profession as she is also a writer.

Bila is a lover of Cupcakes and pastries since childhood. She was just nine months when she uses to crawl for the cannoli bought by her father. She used to move across the kitchen solely to eat whatever she wanted. Though she was born in Brooklyn, Jedediah grew up in Staten Island in New York. In Staten Island, she appeared an all-girls Catholic High School where she got her primary education. She completed her B.A and minor in Business administration from Wagner College in Spanish. Then masters in arts from Columbia University in Spanish Literature. Moreover, she was able to secure a PhD fellowship in the same University. Afterwards, she started teaching at a private school in Manhattan and also became the high-school academic dean. Bila also did several other jobs like Marketing manager at an insurance company and restaurant manager. That is why her journey wasn't easy.

Meanwhile, with jobs, she was able to manage the time for her writing and reviewing. Once she reviewed the book of a famous radio host. One day her father called her from the car and told her that the radio host was reading her blogs. Later, radio host, Mark Levin was the one who introduced her to his million fans. After her fame, FOX News' Sean Hannity called her for the talk show about news of the day. She accepted the offer and joined FOX News. This appearance on a talk show gave her opportunity to appear in some other shows at CNBC and MSNBC. Apparently, Jedediah Bila's net worth was set to rise. Then she co-hosted the shows like Outnumbered and The Five. Bila also got the fortune of writing at FoxNews.com. Suddenly, Jedediah collected her journals where she talked about politics, relationships, fitness and culture and published it as a book in 2011. Then in 2016, she began a new role as host on ABC. Bila became the co-host of the show, The View that surely helped to raise her fame. But she left the show on September 18, 2017, and currently, she is engaged in a book with Harper Collins.

TV hosts are definitely a celebrity as audiences love to watch them hosting their shows. Their income depends on the popularity of their show. TV hosts can earn a lot of money from few thousands to millions. For instance, Bob Barker, who is now a retired TV gaming host used to make $10 million a year from his show.

As mentioned earlier, Jedediah is also a former employee at the reputed Networks like FOX News and ABC. So, we can assume that she was getting an adequate or deserving salary from the Networks. Furthermore, she is an author and earning from bookselling adds to Jedediah Bila's net worth. Being an ABC's employee, Jedediah, however, couldn't be in any endorsement deals, but the salary with bonus contributed to her net worth. Jedediah Bila's book, Outnumbered: Chronicles of a Manhattan Conservative is available on Amazon. The books can be bought paying $11.99 for paperback and $8.99 on Kindle. Furthermore, her works have been published in a number of publications like Human Events, The Daily Caller, Newsmax, Breitbart News and much more. Not to mention, she is an owner of a beautiful luxury car, DeLorean DMC-12 car. The car is quite expensive as the price ranges from $57,500 to $68,500. 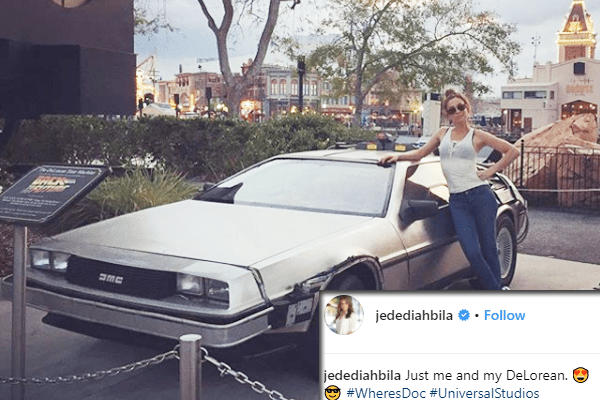 Talking about the house, she lives in a well-furnished house in New York with her husband, Jeremy. Bila spends quality time with her husband and dogs whenever she is a house. Jedediah Bila's net worth includes her estimated million dollar house too.

As already mentioned, Bila is married and Jeremy Scher is Jedediah Bila's husband. The couple took the wedding vows in a ceremony held in the long Island Castle also known as Oheka Castle. This is the same castle where Taylor Swift's Blank Space was filmed. The wedding ceremony went even more romantic when the couple went to the library and both fell in love again. The wedding ceremony was planned by a wedding planner Mikie Russo of Michael Russo Events. 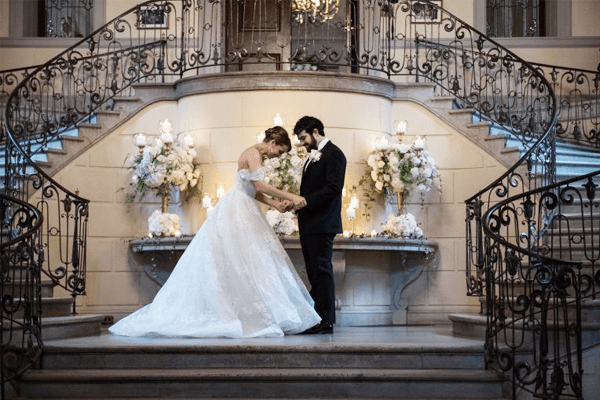 
The duo was looking adorable together in wedding dresses. Bila and Scher took the wedding vows in front of exactly 59 guests. The couple was announced husband and wife as they kissed and sealed the marriage. The guests were on their feet clapping for a newly wed couple. 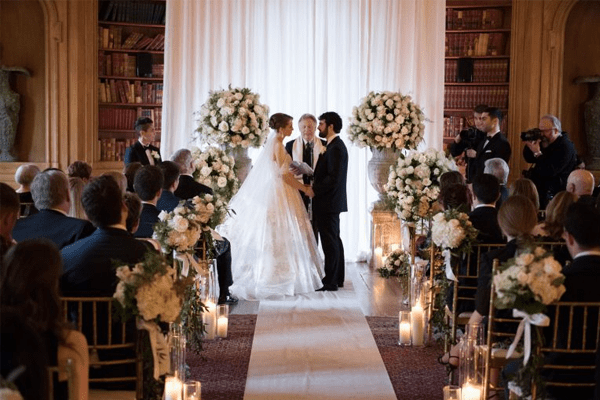 The wedding ceremony became more beautiful when the snow showered the ceremony. Bila was looking gorgeous on those white and beautiful gown designed by Rita Vinieris. In fact, her new husband Jeremy was looking even more handsome in those black coats and a bow. Photographer Jordan Matter was there to capture the couple's tap dance nuptials.Furthermore, the bride and groom's wedding cake was designed by Daniel Andreotti and the cake was composed of Vanilla and Chocolate filled with mousse. 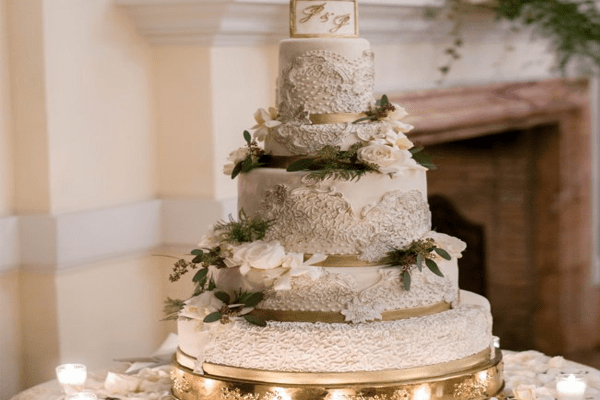